The Castle (Kastro), the historical center of Chorio, was first built in the troubled period of the 14th or 16th century.  The inhabitants had to protect their families as well as their goods against the Venetians, the Turks and the pirates. Besides, they had to live near the sea, as they were in the local trade. This is the reason why they fortified this place.

The castle consists of two groups of two–storey houses. Each floor of these houses was host to one family. The external wall of the outer group of houses was at the same time, the wall of the castle.

This group of houses was surrounding the inner one. Between these two groups there was a narrow street. In the center of the inner group, there is a small square and the church of “Genissi tou Christou”, dedicated to the Birth of Christ, built in 1592. The external wall didn’t have any doors or windows.  Nowadays, you can see some doors and windows opened by the inhabitants. Also today, some square defensive keeps, either lie in ruins or have been turned into houses. 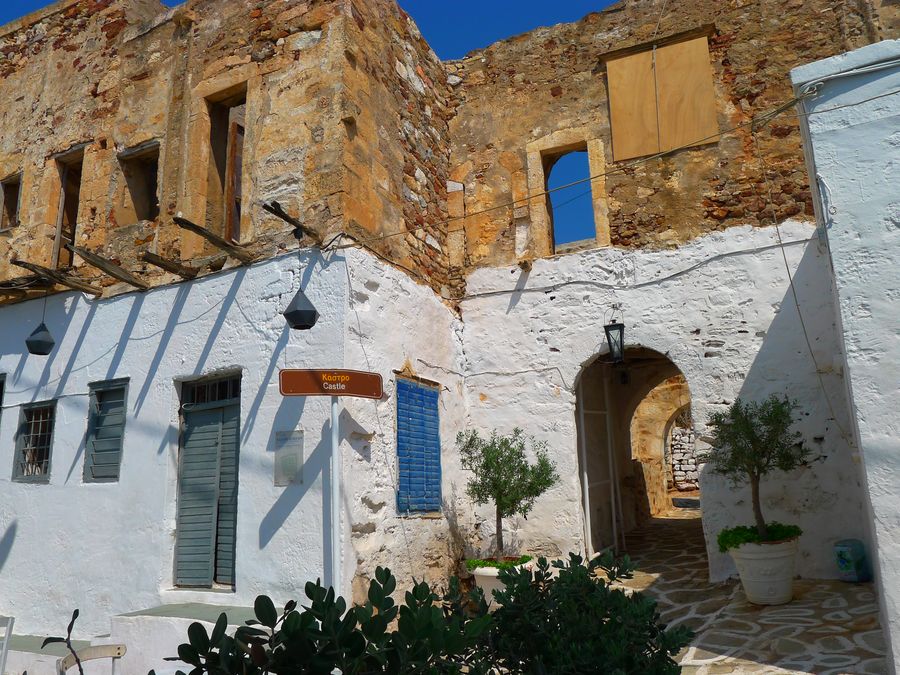 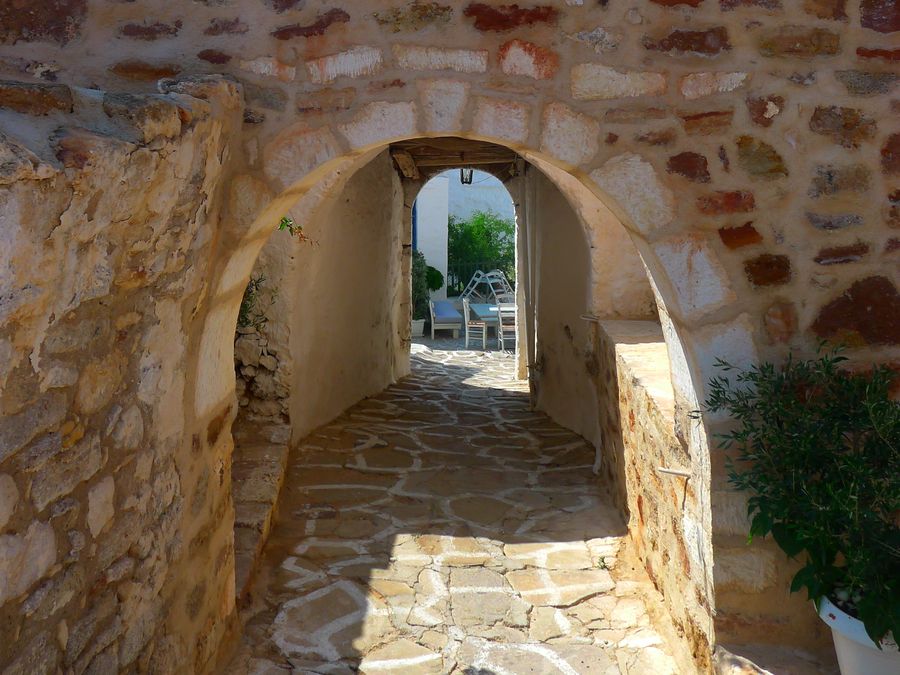 The castle had two big doors: A door “Pano porta” to the north and another, “Kato porta” to the South. Each morning, people used to go to their works, out of the castle. They came back in the evening, unless the bell rang an alarm. If so, they had to run to the castle as soon as they could, otherwise, they had to hide into a cave.

There were some observation posts, from where one could check the sea in a wide extend. If an enemy vessel was seen, the observers used to give a warning to the castle, by sound or fire.

In the late 17th cent. some houses were built out of the castle, because of the decreasing danger of the pirates, but the full expansion of the settlement, actually took place  after the Greek War of Independence. 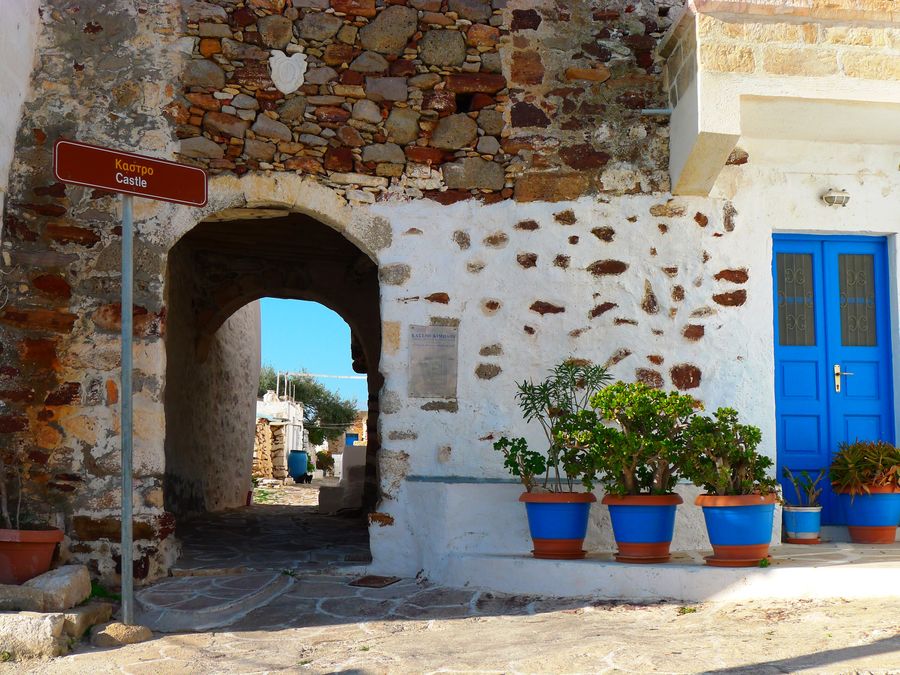 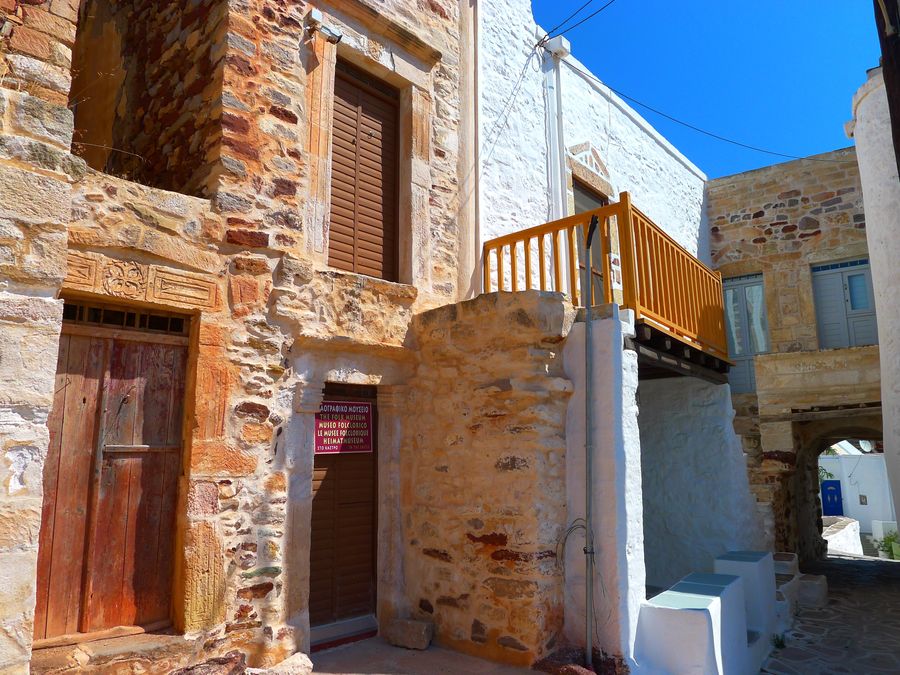