The main settlement of the island is “Chorio” (village), located at the foot of Xaplovouni hill. It is populated throughout the year, unlike other smaller ones, like Psathi, Prassa, Alyki , Bonatsa and Goupa, that are populated mostly during the summertime. Poliegos has two residents.

Houses are built in the characteristic architectural style that prevails in the Cycladic islands: huge walls built of stone, narrow small windows, flat roofs. Hundreds of snake-like, lime washed, narrow streets, a lot of covered passes,dozens of arcades and churches create the unique character of this place.

The Medieval Castle (“Kastro”) is the historical center of Chorio. People started building their houses outside the castle by the late 17th century, when the danger of the pirates had decreased.

On the island you can find many post byzantine churches. Eight of them are protected by the Ministry of Culture due to their historical and artistic value.
East of Chorio, there is a nice and picturesque fishermens’ settlement “Goupa” with “Sirmata” , caves carved in the mild rock by the locals , in order to keep their boats in, during the winter. In the summertime “sirmata” are used as houses, as well. 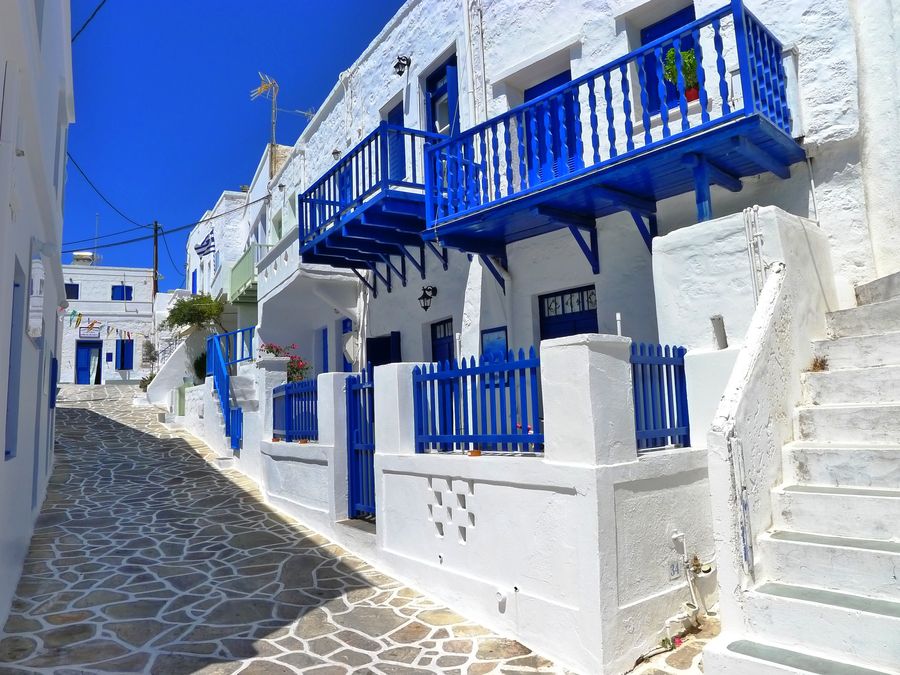 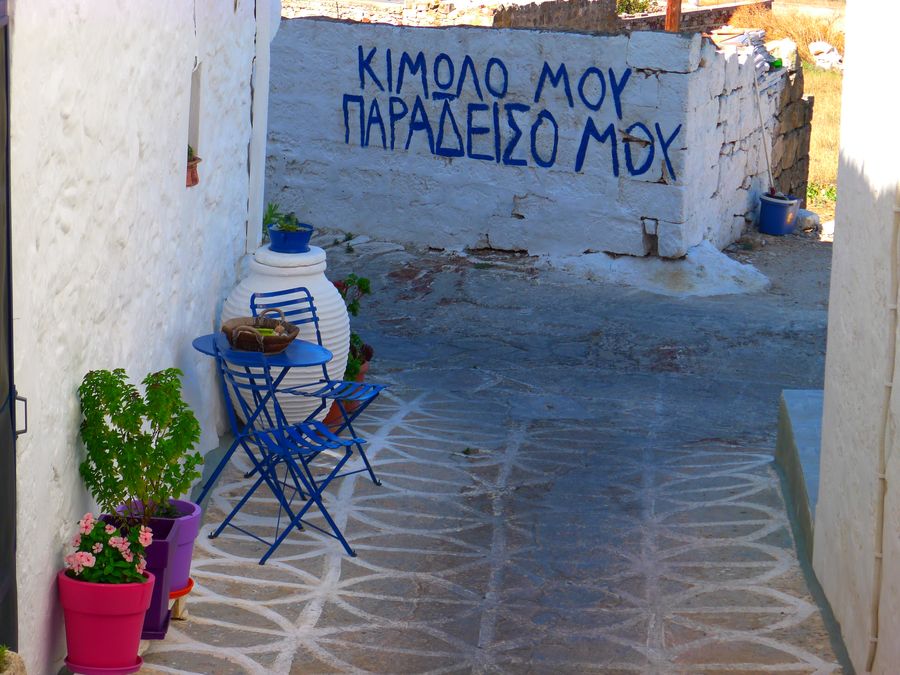 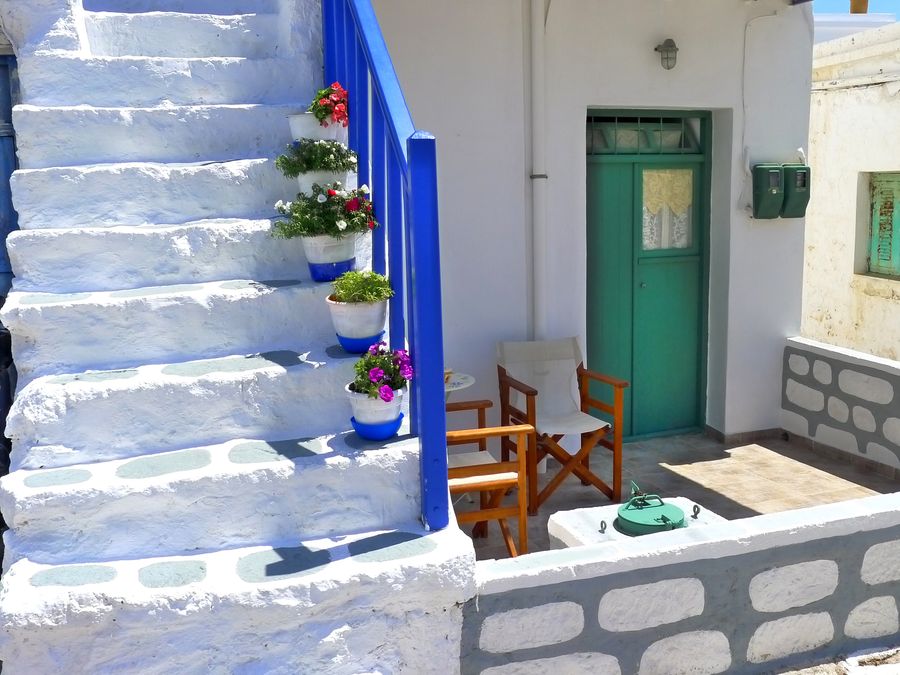 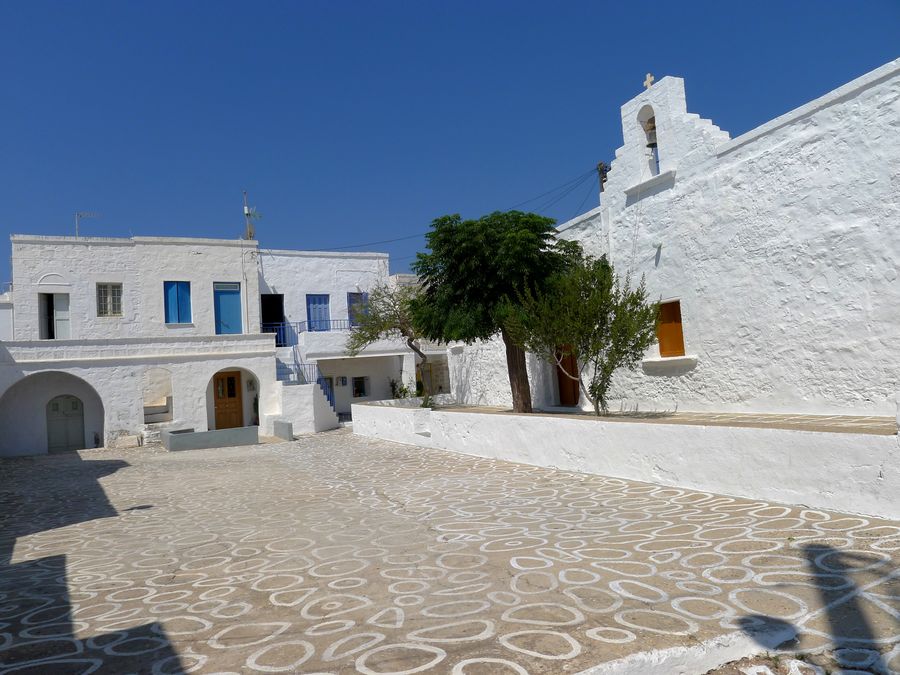 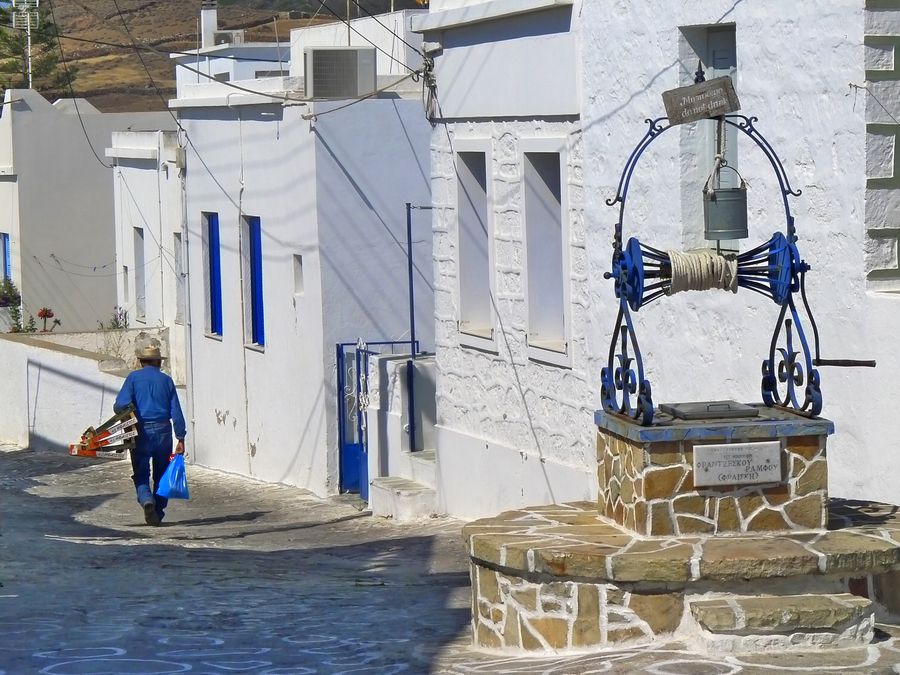 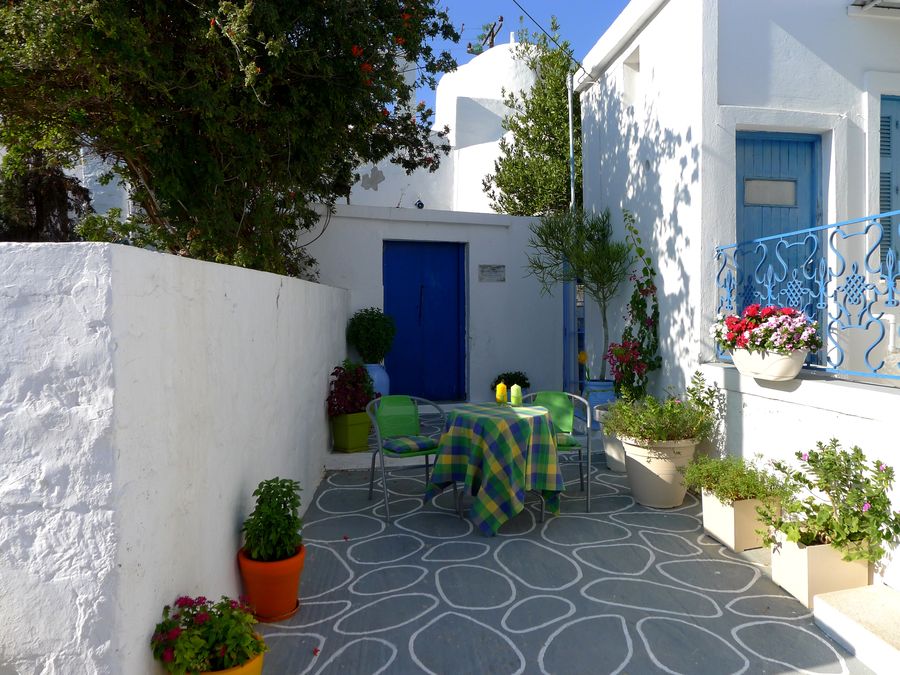 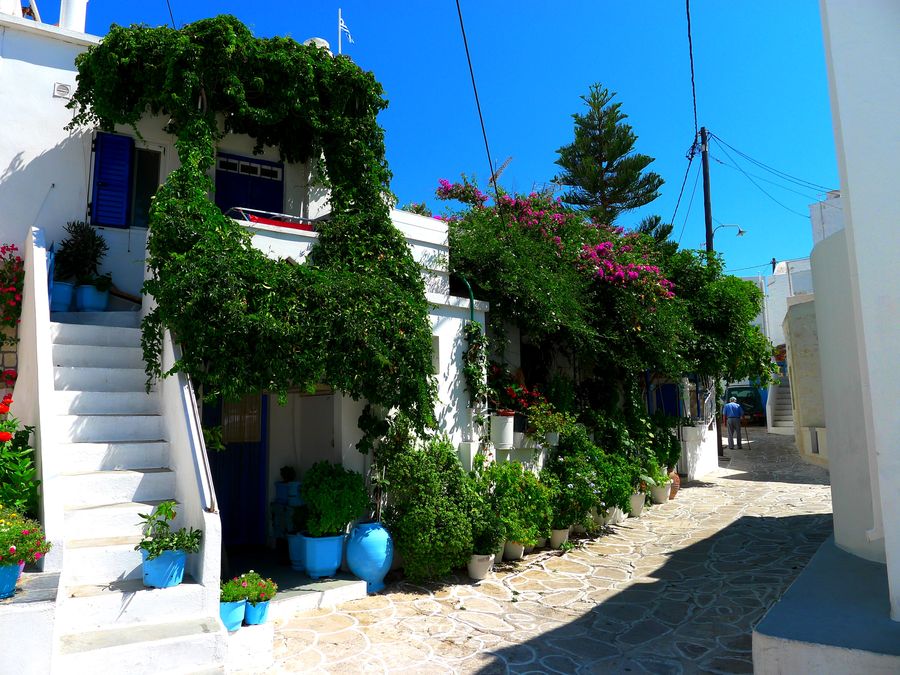 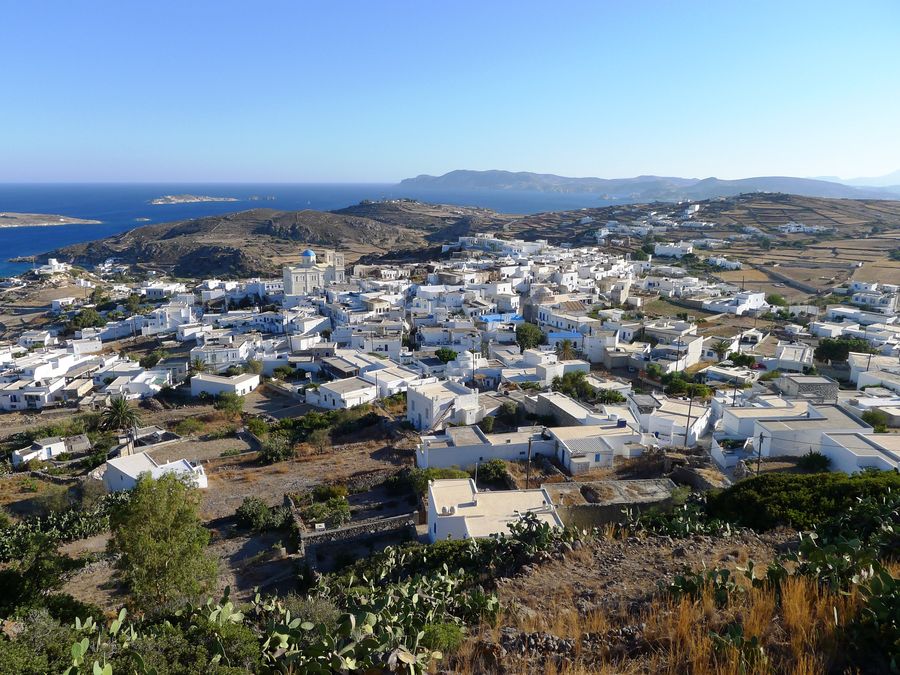 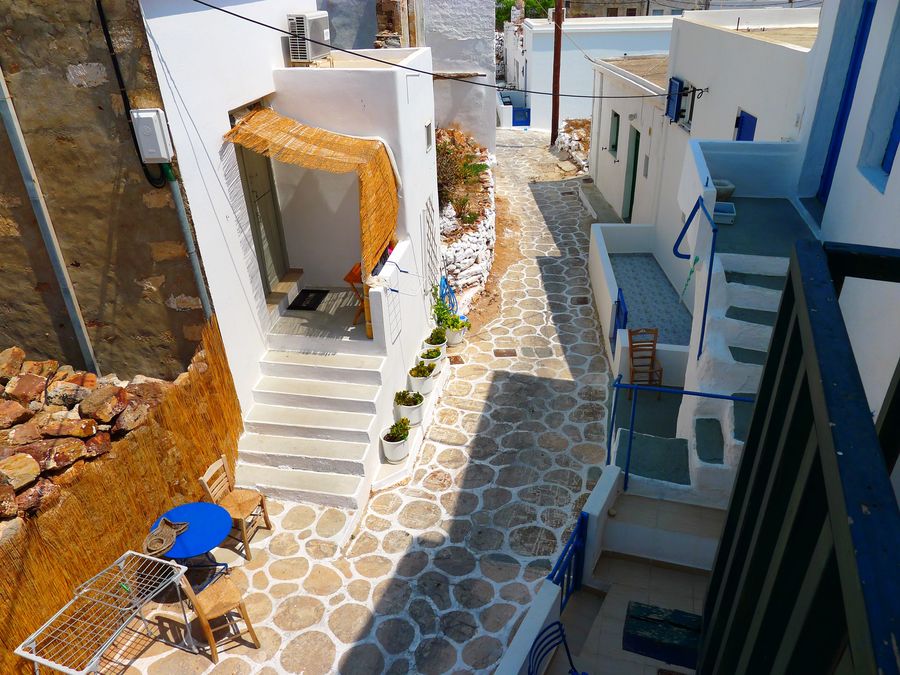