The Wreck of Polyegos island

Kimolos: The Wreck of Polyegos island

In November 2009 the Inspectorate team of  Underwater Antiquities, conducted underwater preliminary research  near the eastern coast of Polyegos island to document the location of an ancient shipwreck  indicated  by sponge  divers  from Kalymnos island.

The wreck probably dates from the late 5th to mid-4th century b.C. The ship was of medium size and was full of amphorae. Four of them were hauled without any damage , plus two table jars.
Even more , five  lead  cores of wooden anchors were found.

The wreck was captured and imprinted photographically  and was filmed . A second research is  planned for 2010 and the wreck is forwarded to be  declared as Marine archaeological site.

It is believed that the wreck will  provide information on the stylistic evolution of amphorae and the maritime trade routes of the classical era. 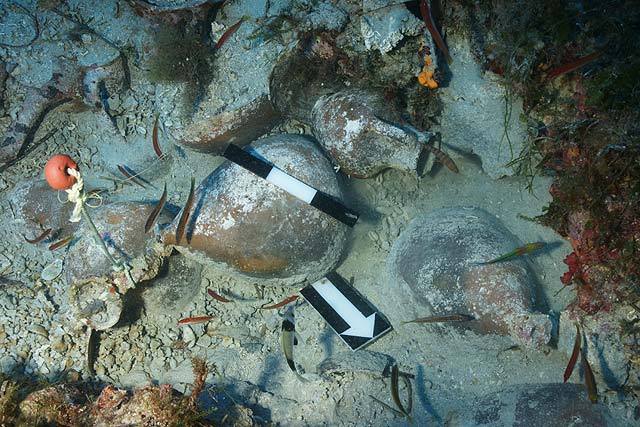 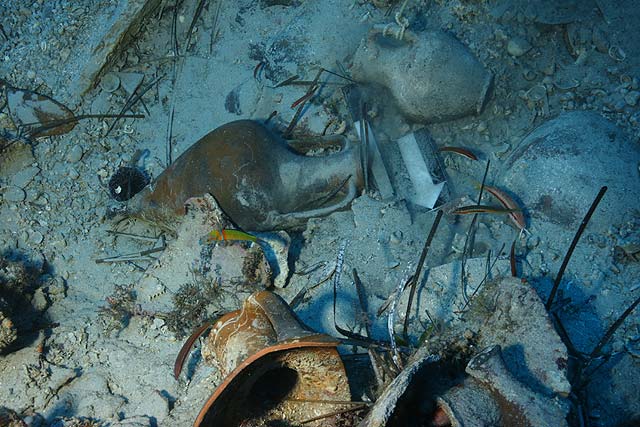