The Folklore Museum is housed in a two-storey traditional building of the Castle , by the north entrance(Pano Porta).

On the ground floor, and particularly in the great hall the exhibits are modular, while in the smaller hall, visitors can see all about weaving tools.

The upper floor has been restored according to the original layout of the house, which was the ancestral of the founder of the museum, doctor Manolis Christoulakis, with the original furniture of the founder’s mother and items offered by Kimolians. The hallway has been fitted out to a naval corner. 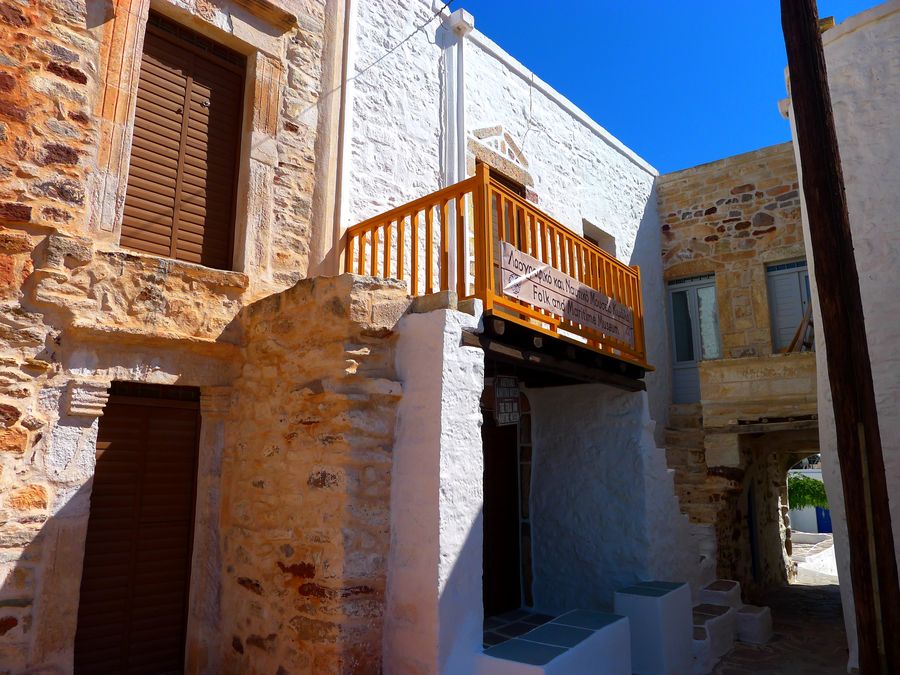